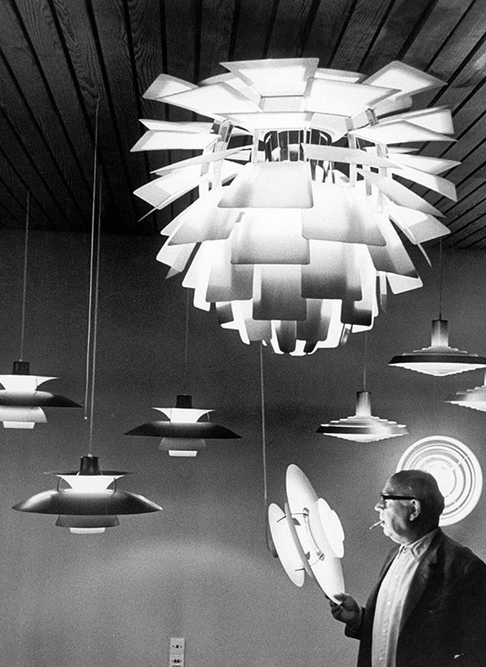 Poul Henningsen was born in Copenhagen by the famous Danish author Agnes Henningsen. He never completed his education as an architect, but studied at the Copenhagen Technical School in Frederiksberg in the period 1911-1914, and then three years at the Technical University in Copenhagen. He started practicing in traditional functionalistic architecture, but over the years his professional interests changed to focus mainly on lighting, which is also what made him most famous. In addition to being a designer, he also began to write and became a journalist and author. A short period of time at the beginning of World War II he was an architect at Tivoli in Copenhagen. But like so many other creative people, he had to flee from Denmark during the German occupation. He soon became a vital part of the Danish colony of architects in Sweden. Poul Henningsen is the designer of many of the world-famous design icons including the Artichoke, PH5, Septima and many more. Poul Henningsen’s lamps will forever be visible around the world. 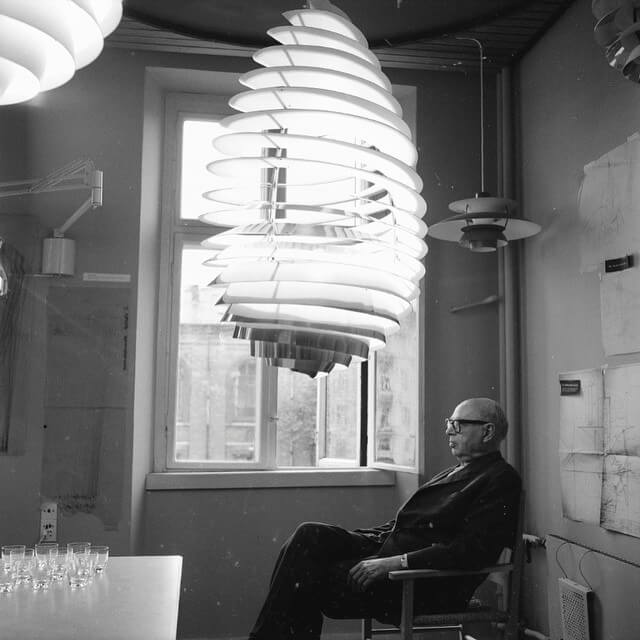